“There is no reason whatsoever that would justify a mother dying from anything associated with a pregnancy.” 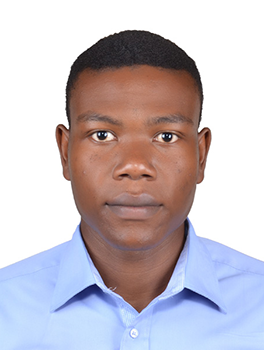 Charles Katulamu has dedicated his career to improving women’s access to reproductive healthcare. Currently pursuing his PhD in sociology, Charles graduated with honors from Makerere University in Kampala, Uganda with a Bachelor of Science in Population Studies. At Makerere University, he was named a Mastercard Foundation Fellow and elected student body president. His research focuses on fertility of men and women, sexual reproductive health, and abortion.

Charles’ dissertation project will investigate women’s access to abortion services in Kampala. Advocacy groups in Uganda have been working to change their country’s restrictive abortion laws, which cause many women to seek unsafe, illegal abortions. However, these groups lack sufficient data about women’s experiences accessing reproductive healthcare under the current system. Charles hopes his project will inform future advocacy by illuminating the ways women in Uganda navigate legal restrictions, cultural stigma, and religious expectations when they seek abortions. He plans to conduct surveys and interviews with women who seek sexual reproductive health services from NGOs, as well as clinicians who work at NGOs that offer sexual and reproductive health services. Charles’ mentor writes that Charles is “uniquely poised to do this work” and notes that Charles’ project will have important implications for human rights.

Charles has tenaciously supported women’s health for many years. In 2018, a blood shortage in Uganda led to an increase in women dying during childbirth. Charles and a colleague responded by developing an initiative to increase blood donations. Their initiative was later adopted by the Uganda Blood Transfusion Network in Kampala and was published in the journal Social Science & Medicine. Throughout all of his projects, Charles has remained committed to improving women’s reproductive health. He says, “There is no reason whatsoever that would justify a mother dying from anything associated with a pregnancy.”