Marsae Mitchell is passionate about helping students realize their potential through the arts. 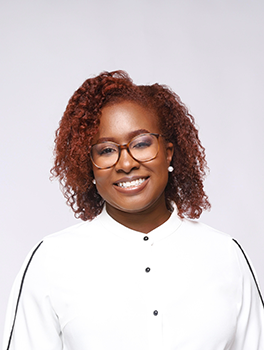 Marsae Mitchell is passionate about helping students realize their potential through the arts. Because the arts were not readily accessible in the Flint schools where Marsae grew up, she learned to determinedly pursue opportunities to dance early on. In high school, Marsae worked at Creative Expressions Dance Studio as a teacher’s assistant to pay for dance classes. She went on to earn her BFA in dance at Marygrove College, along with a scholarship from the Ailey School of Dance in New York and excelled as president of Anointed Bodies Dance Ministry and the 2009 Dancer of the Year.

Marsae then committed herself to give back to the communities that developed her love of art. She began teaching classes back at Creative Expression and, as director of after-school programs at Woodward Academy, launched the Michigan Arab Orchestra’s Building Bridges Through Music After-school Program, teaching students basic music education, exposing them to different cultures, and providing them an opportunity to perform with the National Arab Orchestra at the Detroit Music Hall. In 2016, she took a position as an academic interventionist at Mumford High School and ultimately became the first dance teacher hired there in over a decade.

Marsae is now pursuing her MFA at the University of Michigan, where she has been recognized as a Center for World Performance Studies Fellow, a Rackham Merit Fellow, and a Gupta Scholar. Her current research explores the impacts of location and culture on the mind, body, and spirit of African Diasporic performance. She has received the Gilda Snowden Award for her work in My Hair, My Story, My Glory, and she was recently commissioned by Kresge Arts Detroit and The Side Walk Festival to write and choreograph a dance film titled Reflect. Black. Times. Going forward, Marsae’s goal is to open a holistic interdisciplinary school of fine art that focuses on the history of art in the African diaspora, the science of the arts, and the development of critically thinking creators.

CEW+ celebrates Marsae’s commitment to the arts and her communities and names her a Jean W. Campbell Scholar.