“I knew I had ‘unfinished’ business in Ann Arbor. I wanted to go back and give back to the community that gave me so much during my early years.” 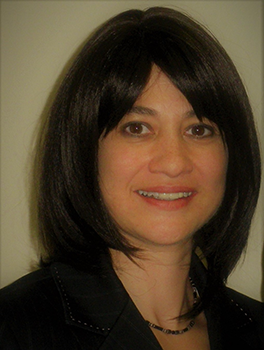 Melissa Sharpsteen has overcome tremendous obstacles to forge a path for her education more than once, always with the intention of serving others in need. Melissa grew up in the foster care system, where there was little support for her academic goals, and she became the first in a family of five children to graduate from high school. Though she lacked stable housing or financial support, Melissa persisted in her dream of attending the University of Michigan and ultimately earned her bachelor’s degree in economics.

Compelled to address social disparities and inequities, Melissa eventually went on to law school at the University of Louisville. Motivated by the loss of a family member to the disease, Melissa chose to work with the HIV/AIDS Project during her schooling and continued her volunteer work with HIV/AIDS patients at Bay Area Legal Services while employed as an associate attorney in Florida.

Then, in 2009, Melissa was diagnosed with a rare form of ovarian cancer. Her personal struggle to survive cancer, as well her leadership with the Celma Mastry Ovarian Cancer Foundation and public service with Faces of Courage Cancer Foundation, sparked her desire to pursue a career in public health. Melissa says, “I knew I had ‘unfinished’ business in Ann Arbor. I wanted to go back and give back to the community that gave me so much during my early years.” Melissa moved back to Ann Arbor and began volunteering for the Cancer Support Community and The Link Program at St. Joseph Mercy. Soon after, she was accepted into the School of Public Health at the University of Michigan.

Upon her graduation, Melissa intends to pursue a managerial role at Michigan Medicine or St. Joseph Mercy. Ultimately, her goal is to participate in cancer research with a focus on population health, and in the development and implementation of systems to improve quality of care, reduce health care costs, and address disparities in health care.

CEW+ is inspired by Melissa’s passion for serving others and names her a Margaret Dow Towsley Scholar.