“There are no dumb questions as long as they are honestly asked.” 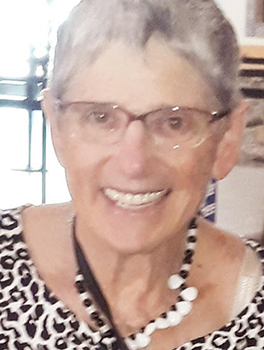 Before completing her MBA at the University of Michigan Ross School of Business in 1980, Noel Rosenbaum finished her undergraduate degree at Fairleigh Dickinson University in New Jersey at the age of thirty-six, as a single mother, while simultaneously working full time, and caring for her two sons. These responsibilities, however, did not impede Noel from graduating and pursuing her educational dreams.

In order to begin her education at the University of Michigan, Noel moved to Ann Arbor with her youngest son while her ex-husband remained in New Jersey with their older son. Noel joined the Michigan Business Women group and met a woman who had unfortunately lost all of her belongings after her husband unexpectedly removed everything from their apartment and moved away. Noel was given the task to help this woman and decided to go to the Center for the Education of Women office to acquire a CEW+ scholarship application for this colleague. To her surprise, the woman handing out the scholarship forms would not allow her to take an application for another woman without taking one for herself. Reluctantly, she took the application. After she applied for the scholarship she was surprised to discover that she had been chosen to receive a CEW+ Scholarship.

Noel states that the money she received from CEW+ helped her and her then 14-year-old son weather the summer of 1980, as this was a year with a shortage of available jobs due to the poor state of the economy. This money was able to help her provide for both herself and her son during these trying times. Finally, she was able to find a job in Florida, where she began her career working with computer systems at Burroughs Corporation, now referred to as Unisys. Noel moved to El Paso, Texas, and worked for a number of private and public organizations as an IT specialist before becoming an instructor for capstone courses at the University of Texas at El Paso. She then began her Ph.D program at Texas Tech University, which she was forced to abandon due to the unfortunate death of her second husband. That year, Noel began to work as a part-time teacher at El Paso Community College before reinventing herself as a middle school technology teacher in 1992, a position she held until her retirement in 2008. She often refers to herself as an “employment chameleon” as she looks back on the way she was able to maneuver through various different jobs throughout her successful career.

Reflecting on her various accomplishments, Noel is proud of the work she has achieved throughout her life and has developed a special appreciation for higher education. Today, she is referred to as an activist in her community due to her passionate involvement in local, state, and national politics. When thinking about both the current and future scholars of CEW+, Noel urges students to ask questions as they make their way through their learning, stating that, “There are no dumb questions as long as they are honestly asked.”

To help celebrate the 50th anniversary of CEW+ awarding scholarships, please consider making a gift to our Potential Made Possible Scholarship fund. Your donation can help ensure the next 50 years of CEW+ scholars. Click here for more information.