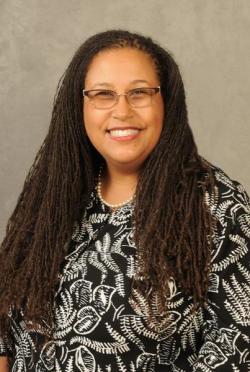 The University of Michigan Women of Color in the Academy Project (WOCAP) will present its 7th Annual Shirley Verrett Award to Dr. Naomi André. Dr. André is an Associate Professor in the Department of Afroamerican and African Studies, Women’s Studies, as well as the Residential College where she serves as Associate Director for Faculty.

Dr. André was selected as the recipient of this award in recognition of her scholarship and musicological inquiry into the representation of race, voice, and gender, her deep commitment to diversity as an educational mission, and her contributions to teaching and mentoring women of color scholars in the arts.

The award ceremony will be from 5-6:30 p.m. Feb. 12 at Stamps Auditorium on North Campus. A reception will follow in the lobby. The event is free and open to the public. Registration is requested at tinyurl.com/ShirleyVerrett2018.

Dr. André’s publications include topics on Italian opera, Arnold Schoenberg, women composers, and teaching opera in prisons. Her forthcoming book, Black Opera, History, Power, Engagement (University of Illinois Press, Spring 2018) focuses on how opera has become a unique arena for expressing blackness and presenting new narratives about the intersections of race, gender, and nation, in the West (United States and Europe) as well as in South Africa. Her earlier books, Voicing Gender: Castrati, Travesti, and the Second Woman in Early Nineteenth-Century Italian Opera (2006) and Blackness in Opera (2012, co-edited collection) focus on opera from the nineteenth to the mid-twentieth centuries and explore constructions of gender, race, and identity.